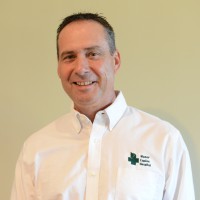 Originally from Michigan, Dr. Juzwiak received his undergraduate degree from Michigan State University. He then earned his Doctor of Veterinary Medicine degree from Michigan State in 1983. After an internship in large animal surgery and medicine at Auburn University, Dr. Juzwiak completed residency training in equine surgery at Peterson and Smith Equine Hospital in Ocala, Florida. He is board certified by the American College of Veterinary Surgeons, and has authored numerous scientific papers in the field of equine surgery.

Dr. Juzwiak is a founding partner of Manor Equine Hospital, starting the practice in 1991. In his spare time he enjoys photography, fishing, watching his wife Darcey ride her dressage horse, and spending time with his four children and his seven grandchildren.